This assay assesses whether test compounds cause bronchoconstriction in asthmatic human airways with carbachol as a reference compound.

The airways of the respiratory tract offer resistance to the flow of air during inhalation and expiration. Any alterations to the airways (for example contractile state, increased mucus or inflammation of the airways) can affect airflow. Asthma involves both large and small airways and is characterised by inflammation, predominantly mediated by lymphocytes and eosinophils, in the airways and reversible smooth muscle constriction (bronchospasm). 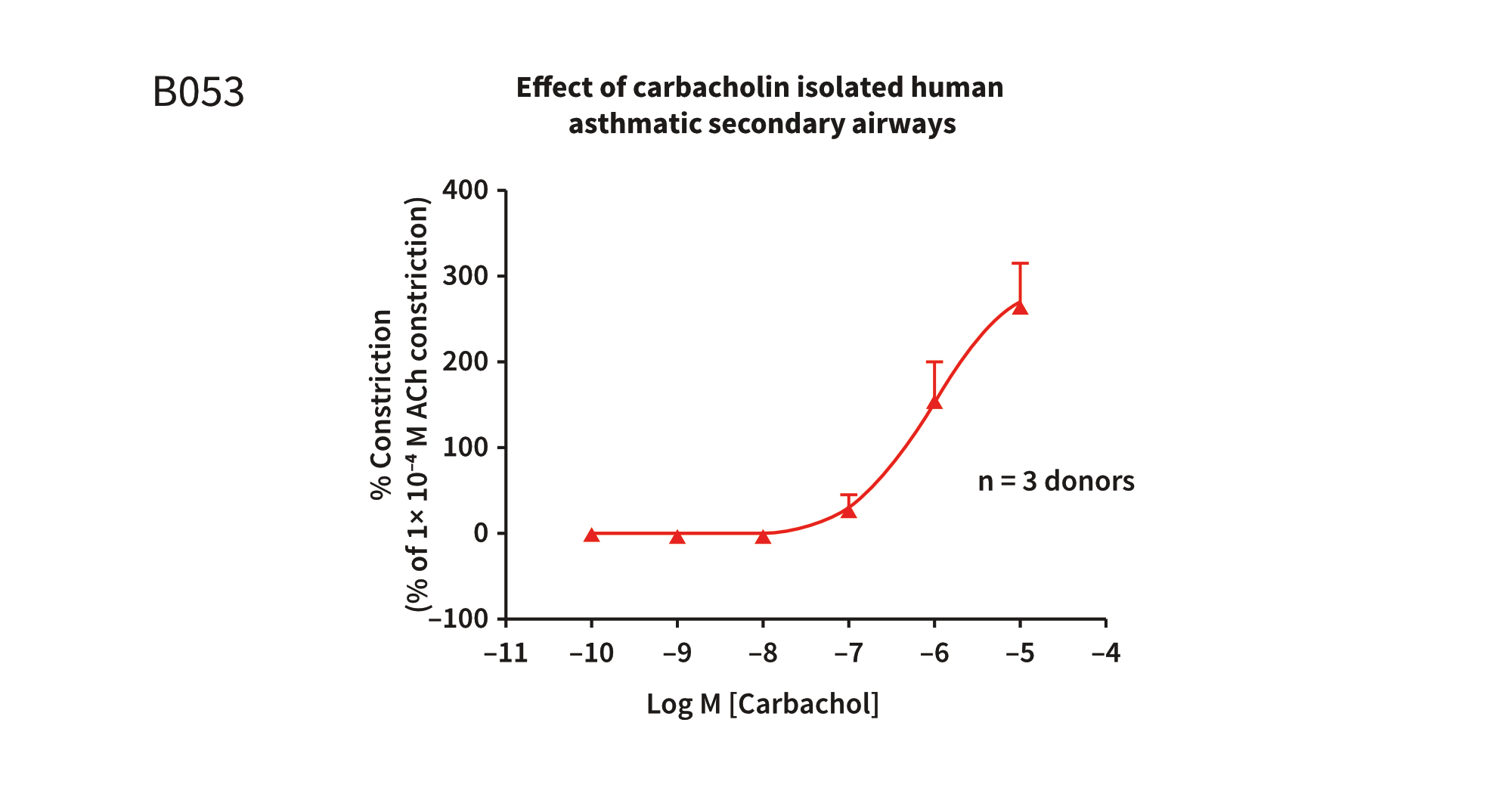 The specific results that will be provided are the effects of increasing concentrations of test articles on the contractile state of isolated asthmatic human airways.

Test article(s) to be provided by the Sponsor in storable aliquots at required test concentrations with information on diluent vehicle used. Stock solutions are prepared in distilled water unless otherwise requested. Bath volumes are 5mL; sponsor to provide sufficient test article to run the entire study.

This assay assesses whether test compounds cause bronchoconstriction in asthmatic human airways with carbachol as a reference compound.

All individual airways are initially processed through standardisation and qualification procedures to ensure functionality, prior to starting the study protocol.

Airways are processed through a standardisation procedure to reduce signal variability prior to pharmacological intervention. This ensures that airways are maintained under appropriate physiological tension throughout the experiments.

Following standardisation, the airways are challenged with an appropriate bronchoconstrictive agent to ensure robust contractile responses.

Test tissues are then washed, and the responses allowed to return to baseline.

Airways which pass the standardisation and qualification pass/fail criteria will then progress to the study protocol.

To assess the involvement of a specific receptor subtype in any observed responses, the concentration of test article eliciting the largest response can subsequently (following a wash out and recovery period) be tested in the presence of a specific antagonist. This supplementary option will incur an extra charge.

Responses shall be expressed either in milligrams or grams tension, or as a % of the maximal contractile response (e.g. KPSS). Statistical analysis (where appropriate) will be performed using GraphPad Prism, with the results being shown in graphical form in the final report.